Idan Zu-artez was appointed CEO of the RB Group (Rav Bariach Industries Ltd) on 1 July 2019. Idan, 46 years old and father of four, a graduate of Industrial Engineering and Management and an MBA from the Ben-Gurion University of the Negev, brings with him vast experience in management and industry. Idan, (Lt. Col. – IDF Reserves- founder of a Givati Reserve Patrol and Commander of Trial and Selection for the Elite Unit), began his long civilian career at Intel, climbing the ladder from junior to senior positions within the company’s production infrastructure. He served as Production Manager of Intel Center Jerusalem, VP of Kiryat Gat Manufacturing Plant, Deputy to Intel Israel CEO and Director of Intel M&A in Europe and Israel. Following Intel, he served as COO of SodaStream International and led the Rahat Production Facility project in Israel and the Company’s successful journey to becoming a global manufacturer and the recent acquisition by PepsiCo Global. 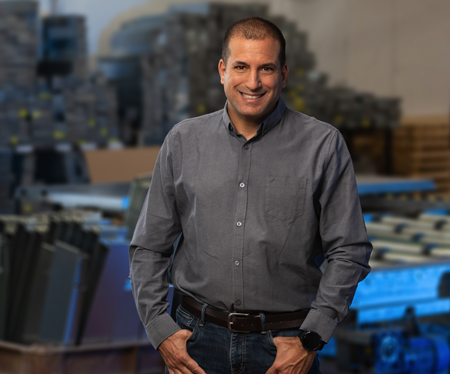